When young children ask to be baptized

Last Saturday Brody (age 6) was Baptized by his Dad in our backyard pool. So many loved ones, both family and friends, came to celebrate with us, acknowledging the eternal significance of this amazing event. 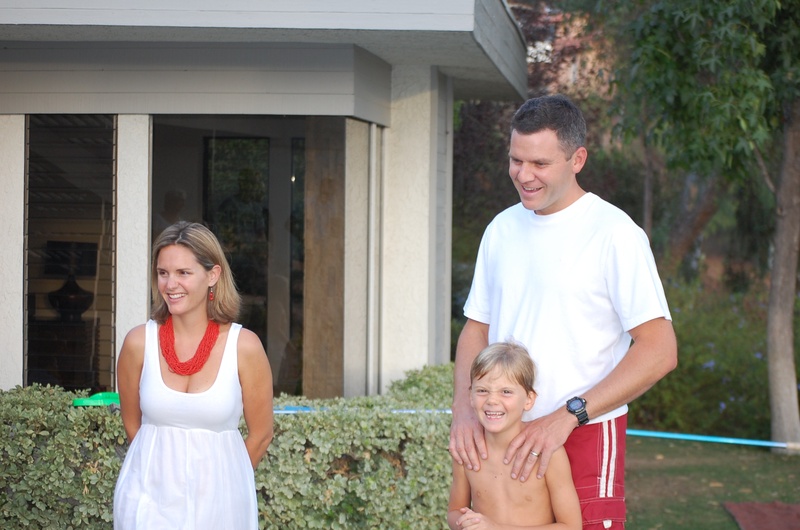 Brody has asked to be baptized since Caleb was baptized in the Pacific Ocean two years ago. We knew his desire was sincere, but we felt led to wait until he was a little older. This summer Brody became adamant that it was time for him to show everyone that he was going to follow Jesus, "Every day of my life."

Both of our sons came to us at this age, emphatic that they be baptized and I have to tell you truthfully that I kept wanting to hold them back from this significant expression of faith until they were a bit older. And then the story of the Ethiopian eunuch in the book of Acts came to my heart and mind. This marvelous account shows us that immediately after the man heard the news of Christ being the Messiah of whom the Prophets of the Jews had foretold, he wanted to be baptized. There was no time for Spiritual maturity to take root. The seeds had been sown, he believed, and was baptized. Here is the account from Acts 8:26-38.

Now an angel of the Lord said to Philip, “Go south to the road—the desert road—that goes down from Jerusalem to Gaza.” So he started out, and on his way he met an Ethiopian eunuch, an important official in charge of all the treasury of the Kandake (which means “queen of the Ethiopians”. This man had gone to Jerusalem to worship, and on his way home was sitting in his chariot reading the Book of Isaiah the prophet. The Spirit told Philip, “Go to that chariot and stay near it.”

Then Philip ran up to the chariot and heard the man reading Isaiah the prophet. “Do you understand what you are reading?” Philip asked.

“How can I,” he said, “unless someone explains it to me?” So he invited Philip to come up and sit with him.

This is the passage of Scripture the eunuch was reading:

“He was led like a sheep to the slaughter,

and as a lamb before its shearer is silent,

so he did not open his mouth.

In his humiliation he was deprived of justice.

Who can speak of his descendants?

For his life was taken from the earth.”

The eunuch asked Philip, “Tell me, please, who is the prophet talking about, himself or someone else?” Then Philip began with that very passage of Scripture and told him the good news about Jesus.

As they traveled along the road, they came to some water and the eunuch said, “Look, here is water. What can stand in the way of my being baptized?” And he gave orders to stop the chariot. Then both Philip and the eunuch went down into the water and Philip baptized him.

Brody told us that he accepted Jesus as his Savior one day after VBS when he was 5. Amazingly enough a photographer on hand captured his sweet little prayer. 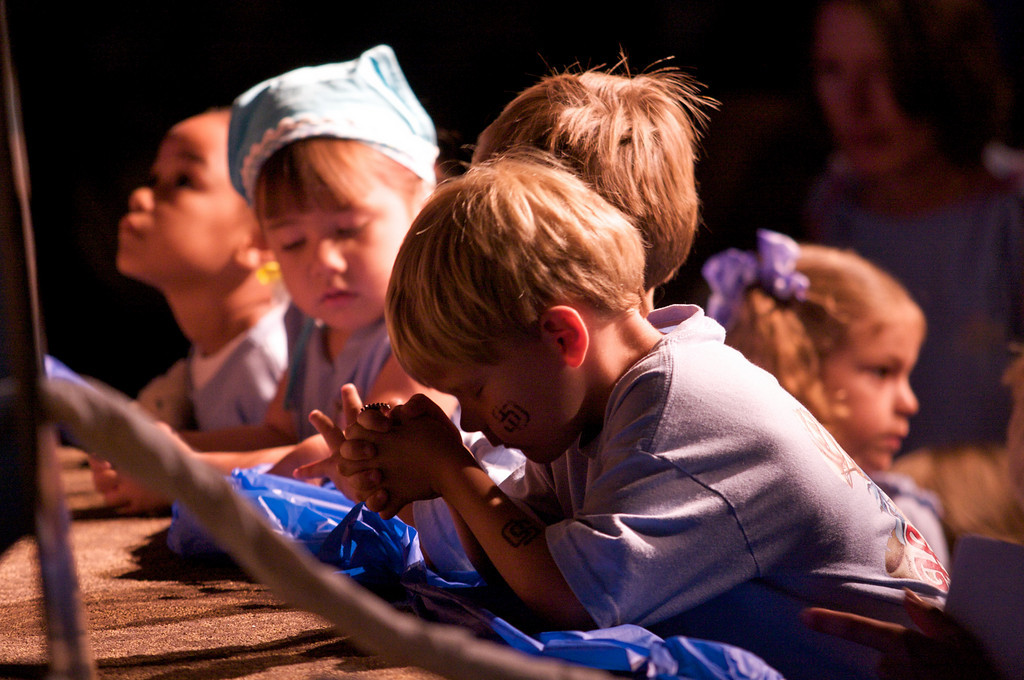 If you look closely you can see a Padres tattoo on his cheek and a princess ring on his finger. Pure, child-like faith.

But even before this day I had caught Brody sharing the Good News of the Gospel with children and their parents on our block and at local parks. I'll never forget the first time I found Brody digging in the sand with a little boy and the child's dad, and approached just in time to hear my blond little four year old drop this one: "Did you know that Jesus died on the cross for your sins?" I stopped in my tracks and the man (a complete stranger, mind you) looked up and said, "Is this your son?" I nodded dumbly. "He was just telling us how Jesus is the Son of God."

Not long after that he stopped a young man we were passing on the sidewalk who was smoking and said, "Do you know that you are going to die because of that?" My husband intervened, telling the young smoker that he himself worked in Lung Cancer and then pulled our child quickly away. Once out of earshot Brody said, "I wanted to ask him if he was ready to see Jesus if he dies."

Sometimes we are blown away by the depth of understanding these little ones have. And yet we still have the tendency to want to wait until they are older, more mature in their faith, or simply more mature.

Check out the great maturity Brody showcased on his baptism day (that's him all the way to the right). 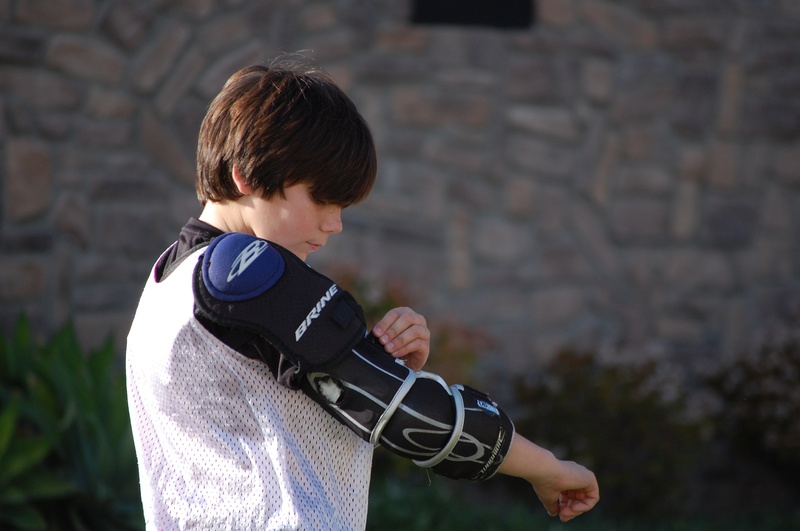 But then a friend reminded me that Jesus said that these little ones are perfect right now to come into the kingdom. Those who are simple and still believe. And yet we want to wait for them to be adults and not children at all, before they testify to the Kingdom they are perfectly fit to inherit!

And he said: "I tell you the truth, unless you change and become like little children, you will never enter the kingdom of heaven." (Matthew 18:3)

Brody was so joyful on his baptism day, there is no better word for it. And his older brother knew a similar joy two years ago when he was baptized. And as for their father and me...

I have no greater joy than to hear that my children are walking in the truth.

A special welcome to those of you visiting from A Holy Experience and GraceLaced Mondays.